If you’re going to shoot CAS (Cowboy Action Shooting) you’ll need to be toting along two long guns, two six shooters, 100 rounds of pistol caliber, and a box of shotshells, something to drink and some cleaning and maintenance supplies.  Obviously you cant pack all that on your back so you’re going to need some kind of cart or wagon.

I looked all over the internet and saw everything from a hand truck with a cardboard box bungeed to it all the way up to elaborate stage coach replicas.  I elected to make
something simple with the materials I had on hand.  Below is the completed cart. 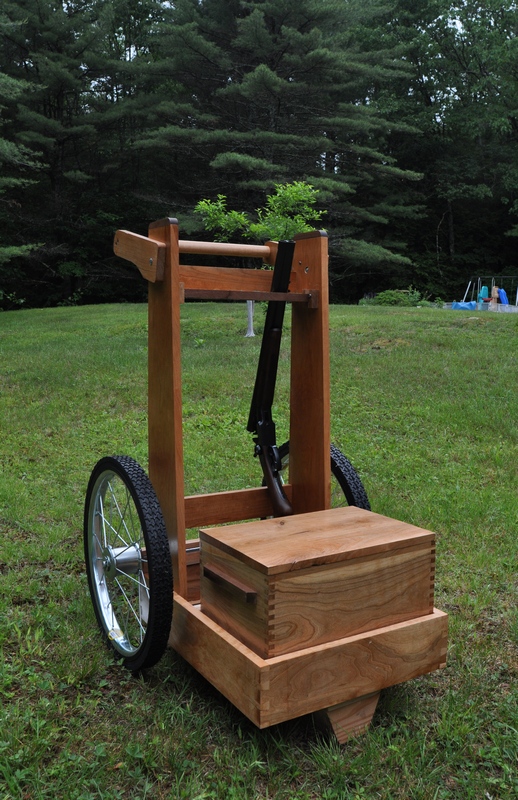 After a Saturday in the shop this [below] was the first, incomplete version.  Construction is all cherry with the exception of a few walnut highlights and both the cart and box bottoms which are plywood. 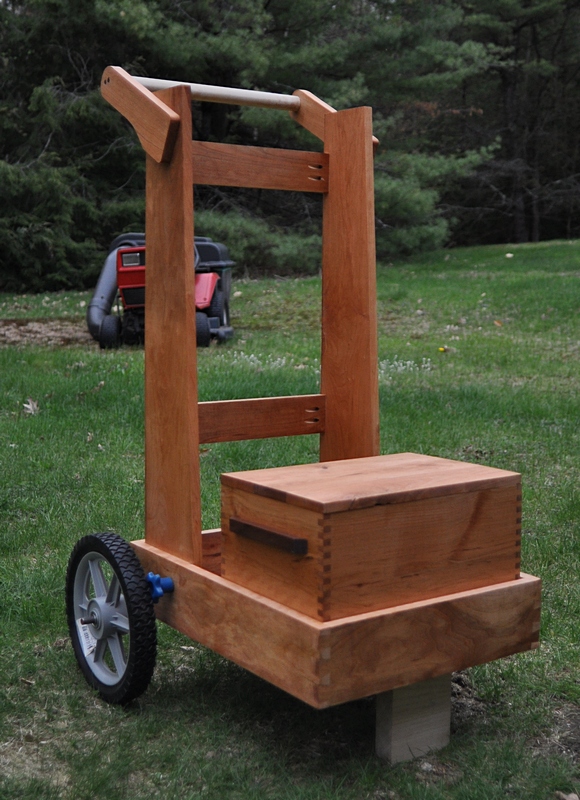 The joinery for the 3/4″ cherry base of the cart is through dovetails (Leigh D4), the plywood bottom and cross braces being attached by pocket hole joinery.  The ammo box is cherry I planed down to 1/2″ thick and used box joints (Woodsmith Box Joint Jig and Freud Box joint blades) to mimic the appearance of the old Winchester boxes.  I also purposely used wood with splits to try to make it look a bit aged.

The wheels I originally thought of using were 12″ lawnmower replacement wheels from Wal-Mart but I scraped that idea for some larger 20″ ones from Northern Tool as seen  in the following photos.

Also notice the knob which attaches the upright gun rack/handle which allows the cart to be dissembled for transport and storage.  I used only one bolt on each side and placed it
towards the front of the vertical riser, there is no need for two bolts per side.

Below are a couple of photo’s of the  completed cart. The finish is a Watco Fruitwood Danish Oil (wiping varnish, I use this color on cherry furniture as it adds just the right color for lightly aged cherry) and then I shot it with some old water based lacquer
(Target Coatings), which I may regret later on but I wanted to finish it up.

Like many of my projects I design as I build so I don’t have a list of materials or dimensions but roughly the base of the cart is 18″x24″x4″ with a plywood bottom.  The ammo box is about 16″x11″x10″ and the vertical gun rack sides are 33″. 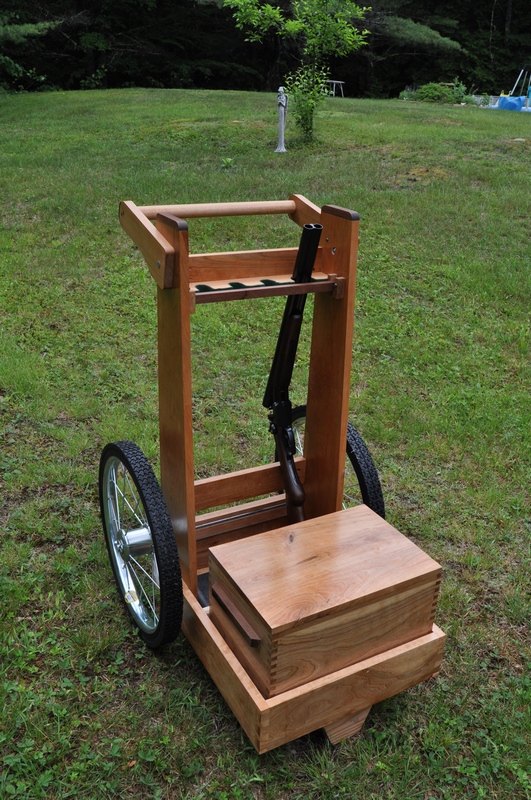 These last two pics show the finishing touches to the cart.  I added a little more walnut accents, a walnut bar to keep the guns in the rack during movement from one stage to another, and the rubber coated base and separators to keep the butt ends of the guns in place and safe from damage.  SASS safety rules require that the long guns in your cart always have their action open.  So for a double barrel shotgun like mine below the gun must be open which caused me to have to move one of the cross braces in order to get clearance for the gun in it’s open position.

The rubber is from some excess rubber roofing I had and I used 3M Supper 77 Spray adhesive (great stuff) to glue it down on the bottom and over the 1-1/2″x6″ bullnosed poplar separators.

Total cost for me on this project was under $70 with about $60 of that going to the wheels.  If I had to go to a lumber yard and buy wood like ash or poplar I think I could have easily spend $100 on wood.  It could all be made from plywood and you could use 1/2″ birch from Home Depot to keep it light and then your cost would be around $50 for the plywood. 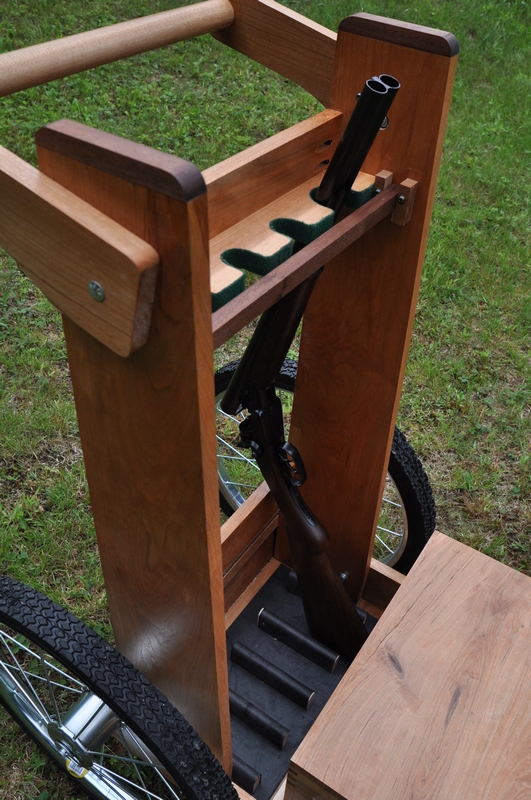 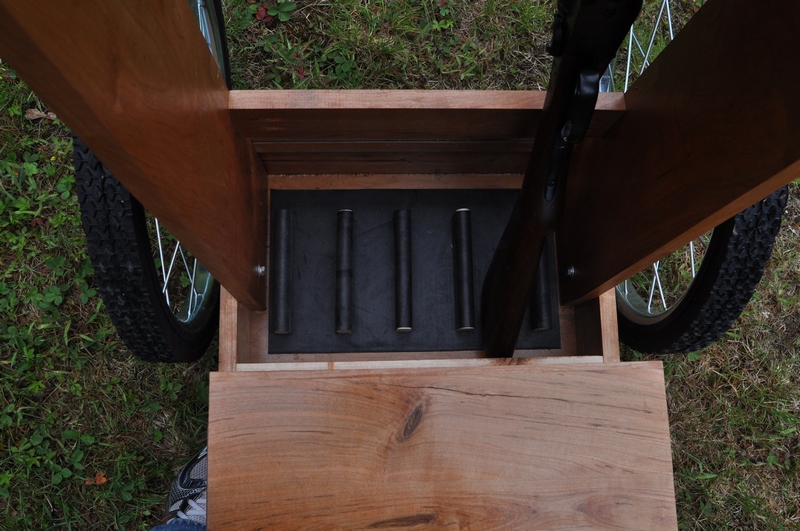