I finally decided to get into casting full-bore so I picked up a Big Lube mold for the 200 grain J/P 45-200.  The web site lists the new version, a 210 grain version but I received the original 200 grain mold.  I’m happy with that because that’s what I shoot when I buy them from Springfield Slim.

I put the rest of my lead into my pot and I was able to make 575 bullets. 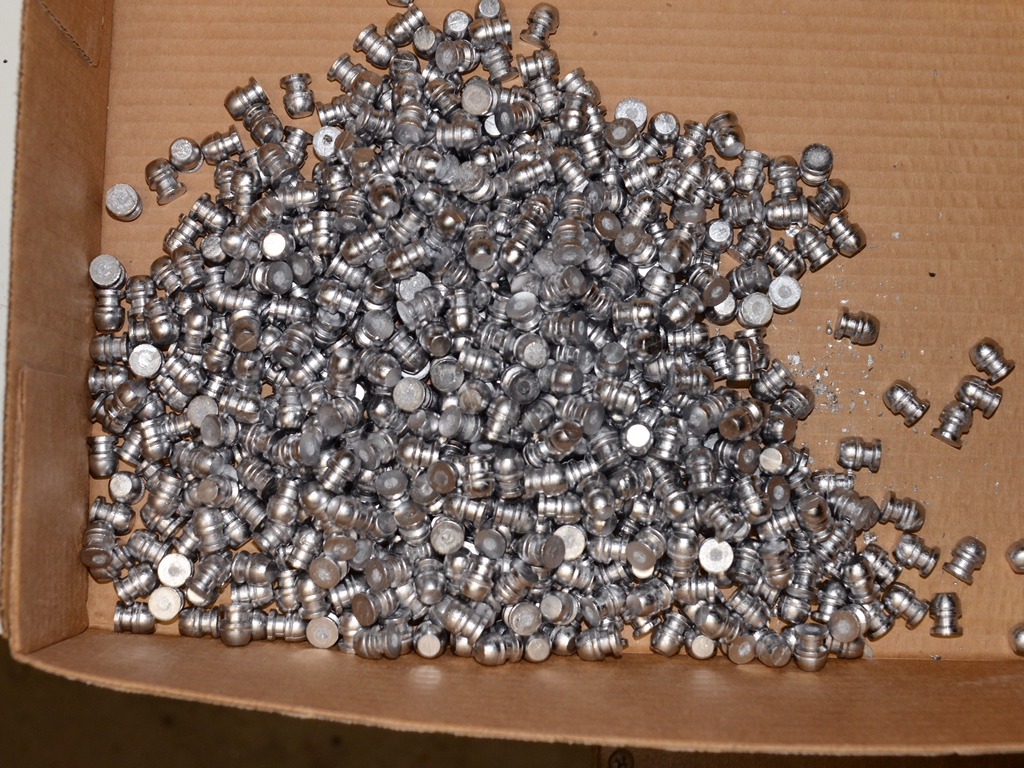 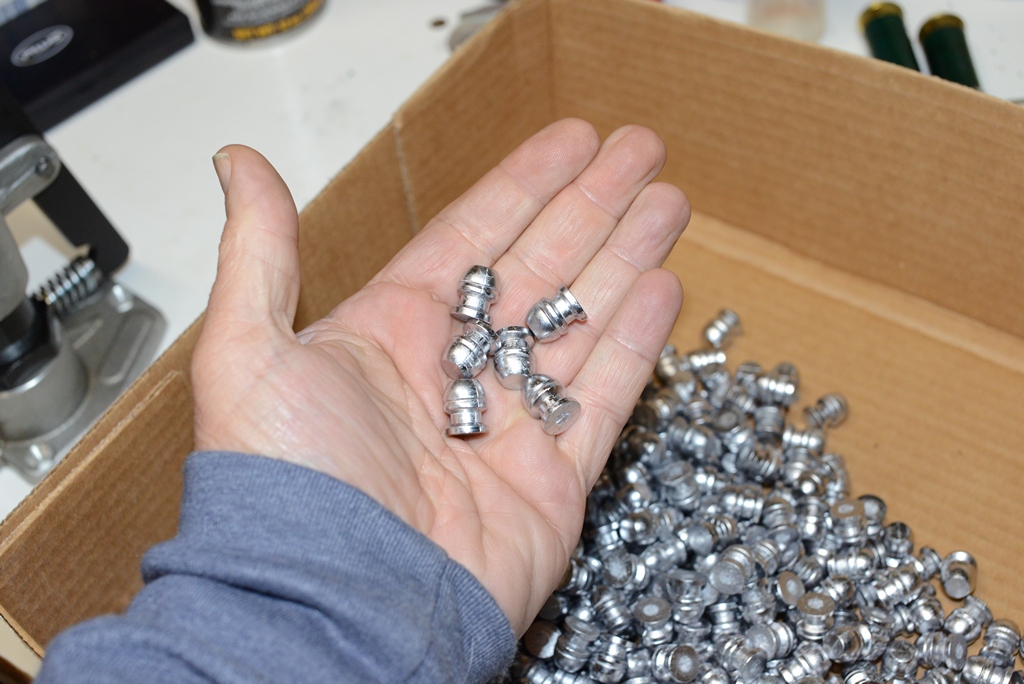 But, I’m only half way there.  Like I said above I decided to get totally into casting so I bought one of the best lube/sizers out there.  The Star Sizer by Magma.  It was delivered today but I am awaiting my dies from Lathesmith before I can size and lube them.  I’ll add pictures to this post when I actually begin. 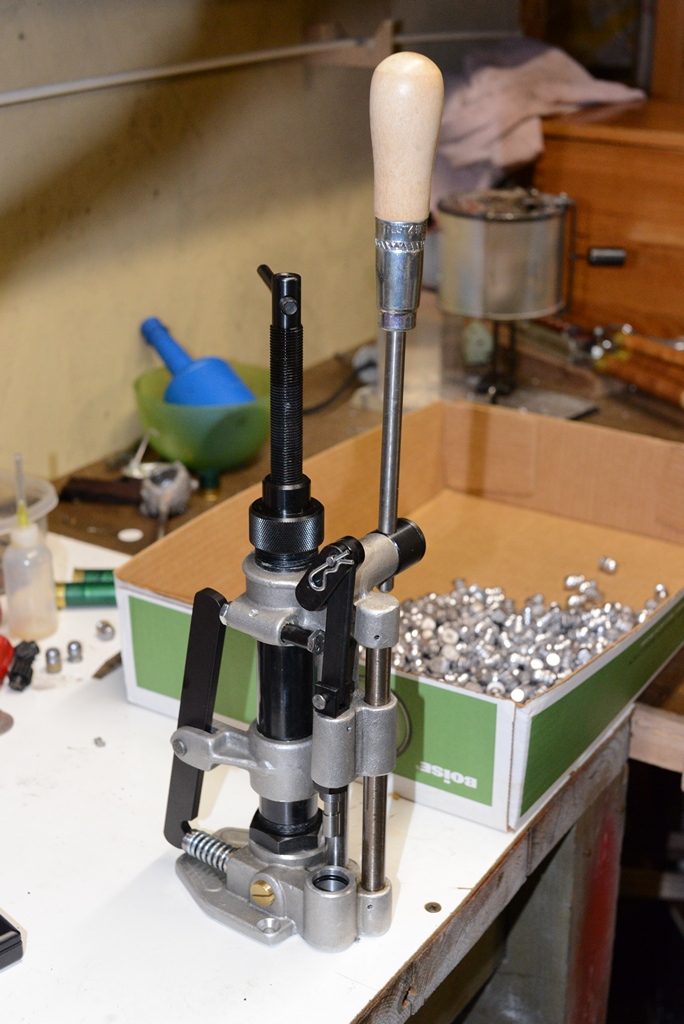 I had a bunch of lube which I had made for use in a pan and I needed to make it into short cylinders of lube to fit in the Star Lube/Sizer.  I just happened to have some 1″ ID plastic piping as well as about 10″ of 1″ OD dowel.  I cut the pipe in a few 6-7″ sections and also cut a couple of 1″ pieces of Dowel to use as plugs.

I then took my lube, a mixture of 50/50 beeswax and mutton tallow, and put it in the microwave at 80% power for 3 minutes.  That liquified the wax and I poured it into the plugged pipes.  I thin stood them up in my freezer to set.

After about 20 or so minutes the wax came right out of the pipe…any stubborn pieces were pushed out with the longer dowel.  It worked great.

I mounted the sizer to my bench and also a small tray to catch the bullets. 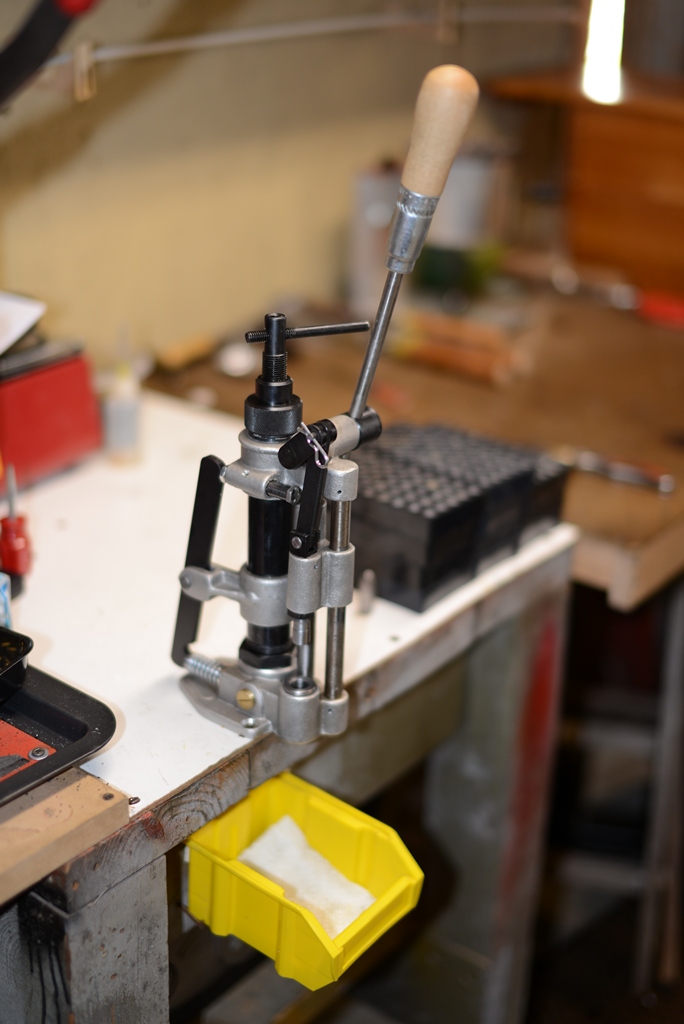 I set the sizer up with the other die I bought which is a .4525″ die set up to lube the BigLube J/P-200.  Once I figured out how to align the punch the process went off very well.  I had the occasional bullet base bend while sizing which resulted in some messy excess lube but other than that it all went smoothly and I lubed 550 bullets in about an hour…though it could have been longer, I wasn’t watching the clock.  It went pretty fast though.  This is my 50/50 mix of beesewax and mutton tallow. 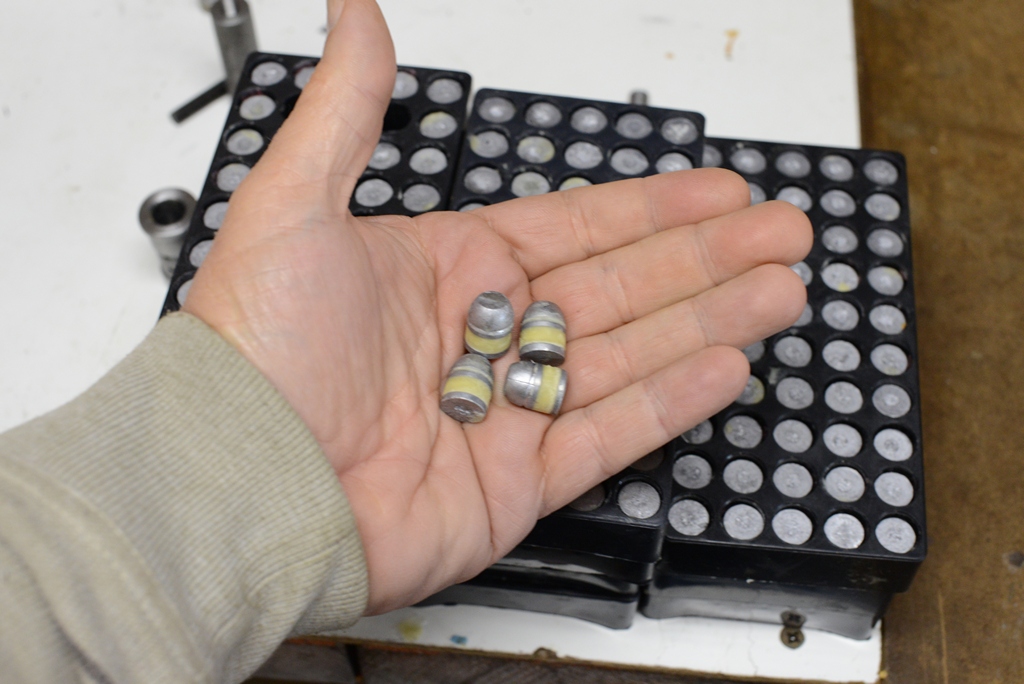 I definitely ordered the right size die.  These bullets are just barely being sized at .459″.  They are a bit more tedious to put in the Star Sizer because of their length, I have to be very careful aligning them or I might bend up the base.

1300+ bullets (already loaded 50), sized, lubed and ready to be loaded.  If I had to guestimate my time spend it was about 6 hours total for both casting sessions and lubing. It did take longer than that as I had to learn how to use the aluminum mold and therefore had to redo quite a few bullets but once I was in the flow it went easily.

This entry was posted in Bullet Casting, Cowboy Action Shooting. Bookmark the permalink.