If you have a Uberti 1966 yellow boy there is a good chance that sooner or later you will break off the tab on the OEM loading gate.  In anticipation of that happening to me I ordered a replacement gate from Track of the Wolf and reinforced it with JB Weld.

Here are the parts I used:

I chose to order the gate from TOTW because I wanted the deeper and closer to original shape ladle which greatly eases loading the rifle.

Since I’m writing this after the fact I don’t have pictures of each operation but I do have some of the finished product. Next, remove the gate from the side plate by removing one screw which secures it (#126).  This can be a bit tight so make sure you use the correct screwdriver size.

What we’re going to do is create a fillet of JB Weld behind the tab so once the gate is removed, degrease it, and use some sandpaper to rough up the back side of the tab as well as the base where you will be applying the epoxy.

Then just apply the JB Weld to create the reinforcing fillet like below. 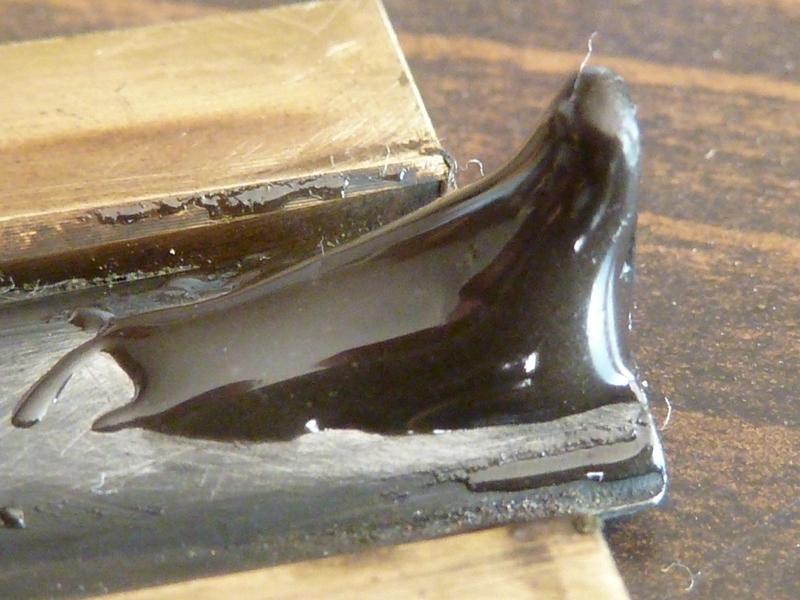 After it sets but before it fully cures you’re going to need to take a knife or file and trim the material where it meets the tab so that the tab will fit in the notch of the receiver. 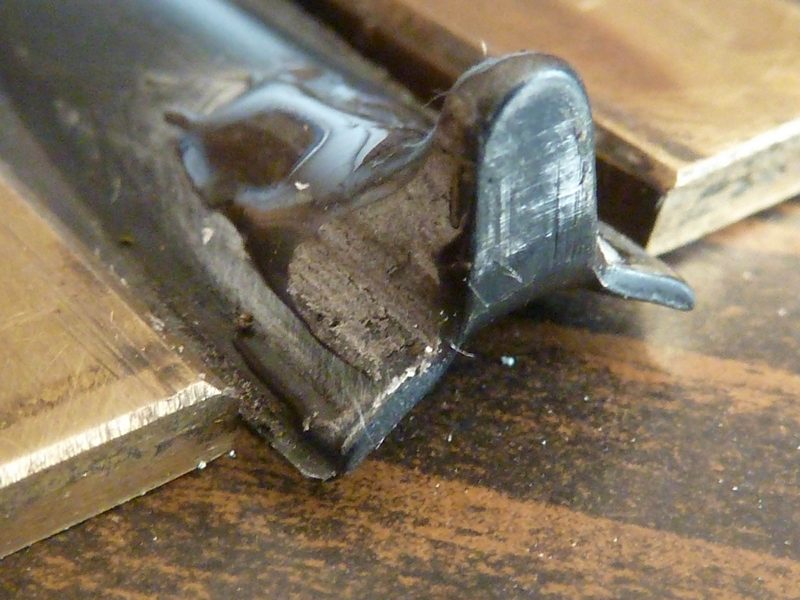 This is where it must fit.  The tab doesn’t actually get pushed all the way into the notch when loading a round and as a matter of fact my tab reinforcement didn’t actually interfere with the notch but I trimmed it a bit anyway. 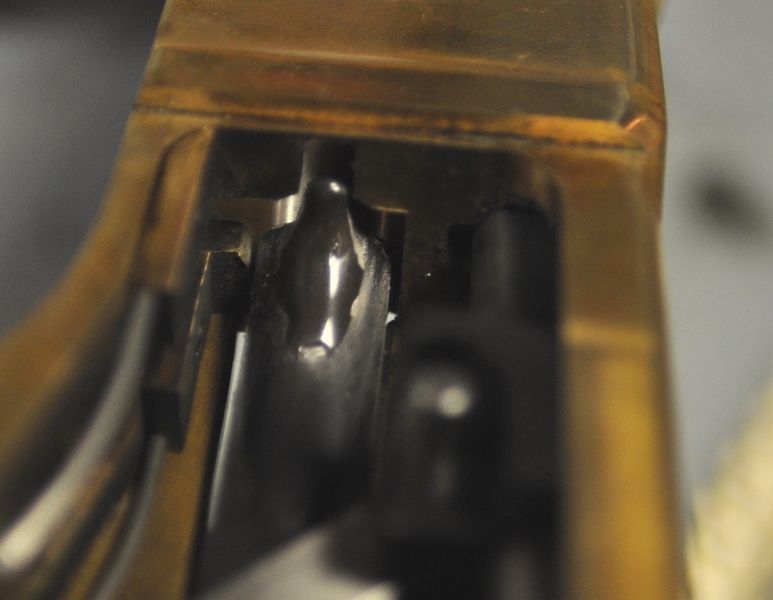 So that’s all there is to it, probably a 20 minute job and this gate should last forever.