So far I had been using some card wads I bought from Track of the Wolf but I’ve been reading that veggie wads come off the bullet quicker allowing for the bullet to stabilize more quickly.  Some folks don’t report any difference between card and veggie wads but many do report tighter groups.  I figured I’d try out some and rather than buying pre-made wads, I decided to try a punch.

I purchased a punch made by Lee Shaver, sold by Buffalo Arms Co. and designed to be run  in a drill press.  I also bought some 0.30″ thick vegetable wad material from Buffalo Arms as well. 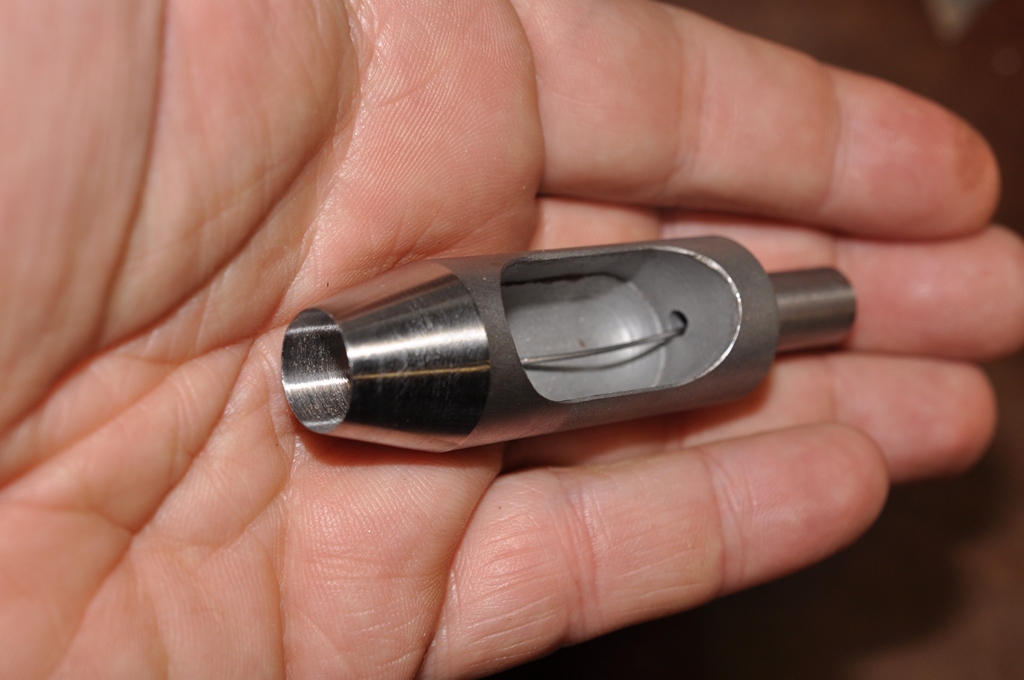 I ran my drill press at a slow speed which Lee Shaver says will keep it sharp longer and used a piece of fiberboard as a backer for the wad material.  Once the wads reach about the level shown in the below pic they can start to fly out so I need to either slow down my press even more or clear the punch out every now and again.

The wads cut quickly with the only concern being lining up the punch so that you cut a complete circle.  In the batch below you can see at least one where I messed up.  These are easily culled out when removing them from the punch or while loading.

I also read that one should clean the base of the bullet so that the wad is less likely to stick.  I will try that as well when I load up some rounds for the test this week.