I  cast a few more bullets today and sorted them into 1-1.5 grain groups.  I tossed about 7 outliers back into the pot.  I ended up with three distinct groups, 535gr being the most prominent and the weight these bullets are designed to cast. 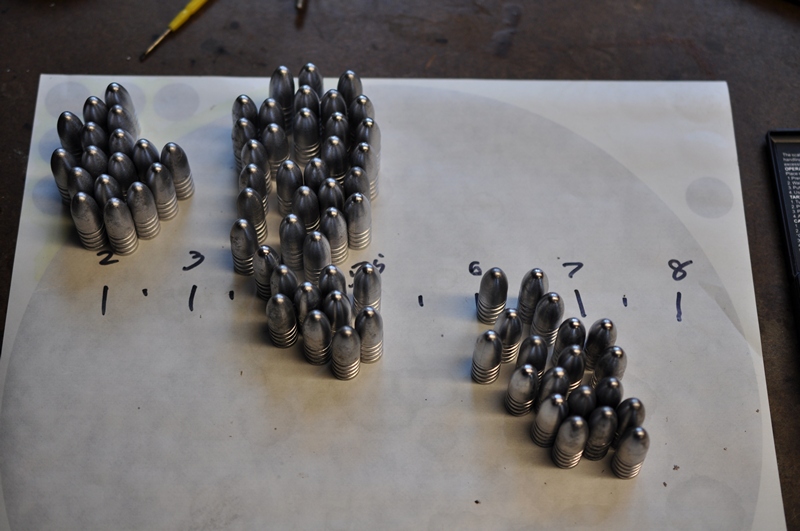 The is the end of a 1:30 tin/lead alloy I had, the next batch will be from wheel weight lead so I’m guessing that the bullet weights will be quite different.

I just finished lubing these bullets.  I made a mix of 50/50 beeswax and mutton tallow.  I let the blocks harden a bit and removed them easily from the pans while they were still warm because they shrunk and released themselves from the pans.  Then after the bullets were cold to the touch, I flipped the block of wax and bullets upside down onto the white foam pad you see in the pic below and whacked each bullet base with a dowel and hammer to break them free from the wax.  This sheered the bullet from the wax and left the grooves full of lube.  I then took that same dowel and pushed each bullet free of the wax block.

My plan is to put the blocks back into the pans and fill the holes with my next set of bullets, then heat the pan to melt the wax.  They are still separated by weight. 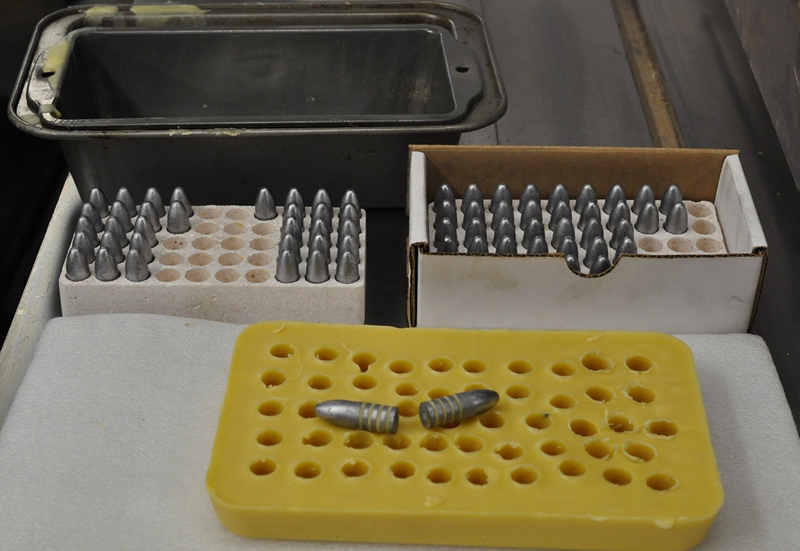 This entry was posted in Bullet Casting and tagged 45-70, BPCR. Bookmark the permalink.

2 Responses to Weighing my bullets